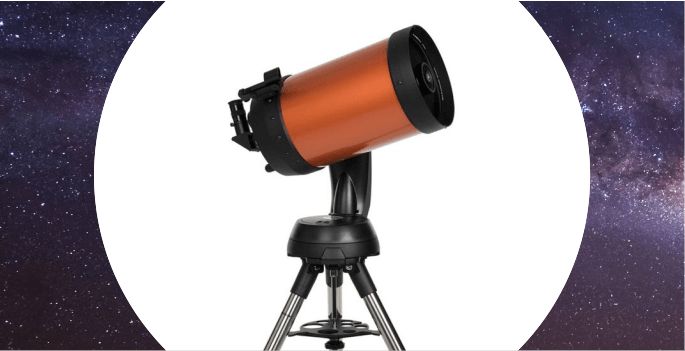 Going up two inches from 6-8” makes a big difference in the field, if the “field” is the sky.

With that extra 2” of glass, expect to see more. The Celestron NexStar 8SE is the largest offering in the NexStar SE series. While the 6SE may have the popularity badge, the 8SE brings more to the table.

Even though you may be satisfying your aperture appetite with the 8” model, you may wonder if you’re compromising on size and weight.

The 8SE barely weighs more, is barely longer than the 6SE, but it does come at quite the price jump.

What are you paying extra for?

Our Verdict: When you get this 8” SCT, you not only get the large aperture for better light grasp on faint DSOs, you’ll also have GoTo capability to track objects and learn a thing or two about astro imaging. If you want to do all this on the go, the SCT has the build that allows for easy transport and setting up.

Who is the Celestron NexStar 8SE Best Suited to?

The 8SE may very well be one of the best GoTo telescopes for the buck with all the fixings on a Schmidt-Cassegrain OTA. Due to the nature of its design, it’s best suited to those who want to dabble in some astrophotography, who travel often to remote locations, and those who are specifically seeking a lightweight, compact, and fast setup.

Beginners will be satisfied with the large 8” aperture that allows them to explore and see more of deep space. The practical setup and easy handling of the SCT (Schmidt Cassegrain Telescope) are very appealing to the new observer, and with GoTo capability, it meets basic requirements for getting started with astro imaging. Intermediates looking for a casual and ready-to-go telescope will have a lot of fun with the NexStar 8SE.

How Does the Celestron NexStar 8SE Perform?

The NexStar 8SE is an SCT OTA with a super long 80” focal length at f/10 and an 8” primary mirror. That’s plenty of light grasp to see even the faintest DSO (Deep Sky Objects). The optics feature Celestron’s Starbright XLT coatings to ensure maximum anti-reflectivity and anti-glare benefits. The optics? Great!

The mount is essentially the same Alt-azimuth single fork arm mount computerized with a dual axis motor and the NexStar hand remote control as what is equipped on the NexStar 6SE. It’s somewhat light-duty, but some astro imaging can be done if you’re weight conscious about loads.

The 8SE really shines with viewing planets, has a good and reliable GoTo system, and is consistently one of the best rated telescopes across the board even though its OTA has remained relatively untouched since the ‘70s. Not a bad scope if you can put up the cash for it.

The 8SE may have the NexStar name, but the C8 OTA itself has been around since Celestron started pumping them out in 1970. While the price for the C8 OTA is rather expensive, it should give you an idea of how much of a good deal the NexStar 8SE really is.

This optical design allows for a much longer focal length of 80” than the tube’s actual length of 17”. Due to the folded light path, the tube can be made shorter and more compact than that its focal length would suggest. It provides for a very lightweight system that can be sat atop light-duty mounts without any fuss.

Both the 6SE and 8SE have Starbright XLT coatings. This is a patented, high-transmission, 3-component optical coating system. High-transmission white water glass has been used instead of soda lime glass. When combined with the XLT coating, you have very high light transmission rate of 97.4%.

Mirror coatings consist of quartz, titanium dioxide, and silicon dioxide allowing for a fairly flat rate of reflectivity across the light spectrum which provides good visibility for both imaging and visual use.

The 8SE comes with motorized control in the form of an Alt-azimuth single fork arm mount and Nexstar hand control. The mount head has a dovetailed quick release bracket for quickly and easily removing or attaching the OTA. The hand control also sits in the bracket of the arm and can be used in place or removed for using it remotely.

The hand control allows access to a 40,000 object database, provides up to nine slew speeds, and two tracking modes – Alt-Az and EQ North & EQ South. Alignment couldn’t be easier with its push-button system, and after you’ve aligned the GoTo system, you won’t really need the red dot StarPointer finder scope.

The mount is somewhat light duty even though it has 2” stainless steel legs that are extendable. The soldering points are okay but may be of concern after a few years down the road. It has a load capacity of 12 lbs, so loading up the OTA with accessories may be worrisome for serious astrophotographers.

An attractive feature of an SCT is its lightweight and compact build. You do away with contending with long and heavy tubes that are difficult to transport and set up alone. The NexStar 8SE has a short tube length of 17”, and it weighs only 12 lbs – this is only 4 lbs heavier than the 6SE.

The mount weighs 11 lbs and the tripod weighs 9 lbs. No one piece will be too heavy for any one person to carry to the car and set up. As such, it’s easy and convenient to take on the road without any trouble.

Since the second mirror is removable, you can essentially use a Fastar system that provides the effects of field flattening and focal reducing to capture galaxies and nebulae within 30 second exposures. Using a CCD or DSLR camera can be done, just get the right T-adapter for your DSLR and possibly a Barlow lens to get a better image.

But, since the mount has a load capacity of 12 lbs, you may be hard pressed in keeping weight to a minimum for long exposures and heavy 2” accessory loads or autoguiding equipment. You’ll want to be weight conscious and choose the best equipment from the get-go.

Unfortunately, there is no included power supply. You’ll have to purchase whichever source of power you deem is most convenient. I would recommend a 12V DC power supply and the cord that goes with it. A car battery adapter wouldn’t be a bad idea to have on hand, but you must get 8x AA batteries as a backup in case anything fails.

The batteries are inserted into the center of the telescope’s base and may prove to be a life-saver if things get unplugged during use.

What is the Difference Between the NexStar 6SE VS NexStar 8SE?

Fundamentally, they’re the same type of optical system on the same mount with the same hand control. In regard to features, there is no difference. However, the larger aperture of the 8SE allows for visibility of much fainter DSOs, better practical use of higher magnification for observing planetary and lunar surface details, and much more light grasping ability. The difference between tube length and weight is a non-issue.

Can the Celestron NexStar be Used to Slew Manually?

You cannot slew the telescope by hand manually, that is, there is no way to release the drive and rotate the tube with your hands. You can put the hand control in a sort of alignment-free mode where you can use it to slew to random points in the sky.

Can the NexStar Telescope Use 2” Accessories?

It can take 2” accessories if you purchase a 2” diagonal that is made for SCTs. It replaces the 1.25” visual back currently on the scope. With the 2” SCT diagonal, you can use lower power, wide field 2” eyepieces. You’ll want to stick to 1.25” eyepieces for high power viewing. While many additional accessories will cost quite the pretty penny more, the 8SE is a versatile system that is compatible with many extras that you might want to experiment with.

Does the NexStar SE have WiFi?

The SE series do not have WiFi compatibility. The NexStar Evolution series offer WiFi features that allow you to control the telescope from a device such as a smartphone using the dedicated app. To control the NexStar SE, you must use the hand control that comes supplied with it.

How Much Does the Celestron NexStar SE cost?

This seems to be a point of confusion among buyers due to the ever-changing price points for the 8SE. It seems to average around $1000-$1300 online. It has been seen to be under $1000 when on sale. There are current prices online that push this scope close to $2000. The best deals on the Nexstar 8SE will be around $1100-$1200 on any given day.

The Celestron NexStar 8SE is a great buy for the money if you want to travel, dabble in short exposure astro imaging, and you want a close-up of DSOs and local bodies.

The extra 2” of aperture is worth the money as more light grasp equals brighter images and better resolution on the faintest DSOs – not unlike an 8” Dobsonian.

With GoTo capability, beginners will get excited about finding an object each and every time they pull out the NexStar. 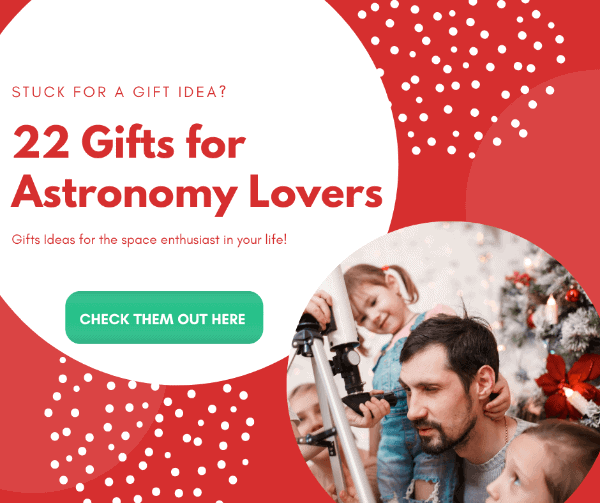